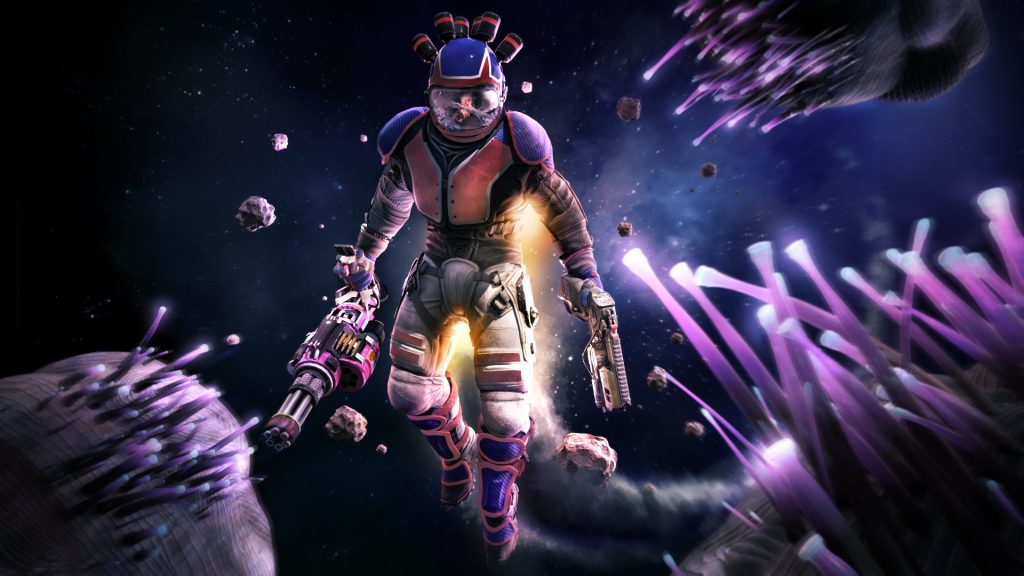 Subaru reluctantly signed up with the Sons of Kessler. They are a greedy, arrogant and aggressive (in other words, desperately human) bunch. But only them could provide him with a ticket to space from a dying Earth (or as it is now known “Sol-3”).

It just happens that once he got going, he was quite good at their stuff! He quickly built his own armor from scraps and electronics he had laying around and started waging war against the Jupiter’s Juggernauts.
The Sons of Kessler’s deeply engrained rivalry with the Juggernauts was born when some valuable ISS scraps originating from Low-Earth orbit slipped into Jupiter’s, creating a clash between the two clans as to who could claim the resources. The leaders of both tribes intervened before the whole thing become nuclear, and since then, all claims are settled in the Orenas.

One thought on “CHARACTER PREVIEW: SUBARU”