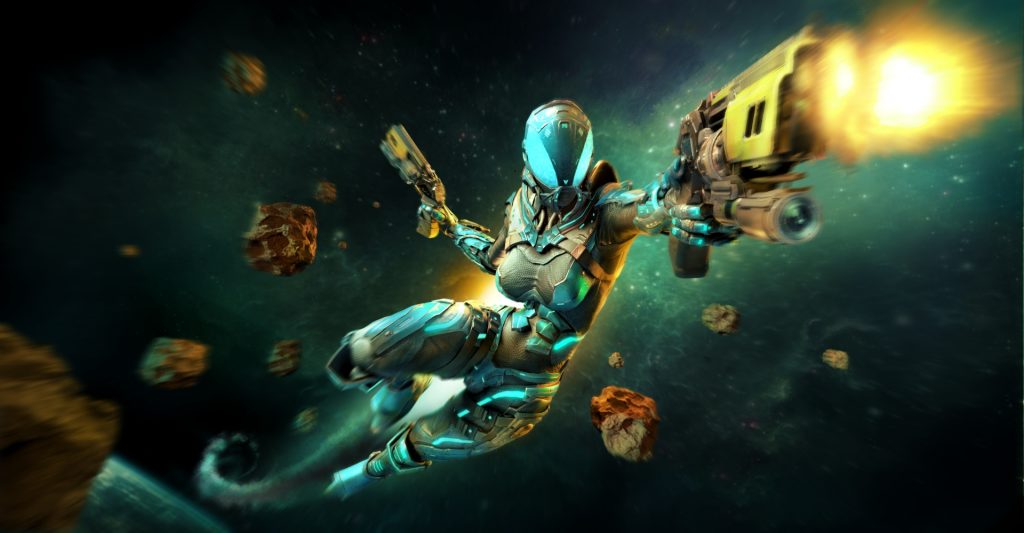 Meet one of the first female alien that will be playable in Space Junkies, known as Bugout, a fierce Buzzkill who was left stranded after the destruction of her Motherhive during the Great Quantic Cataclysm. 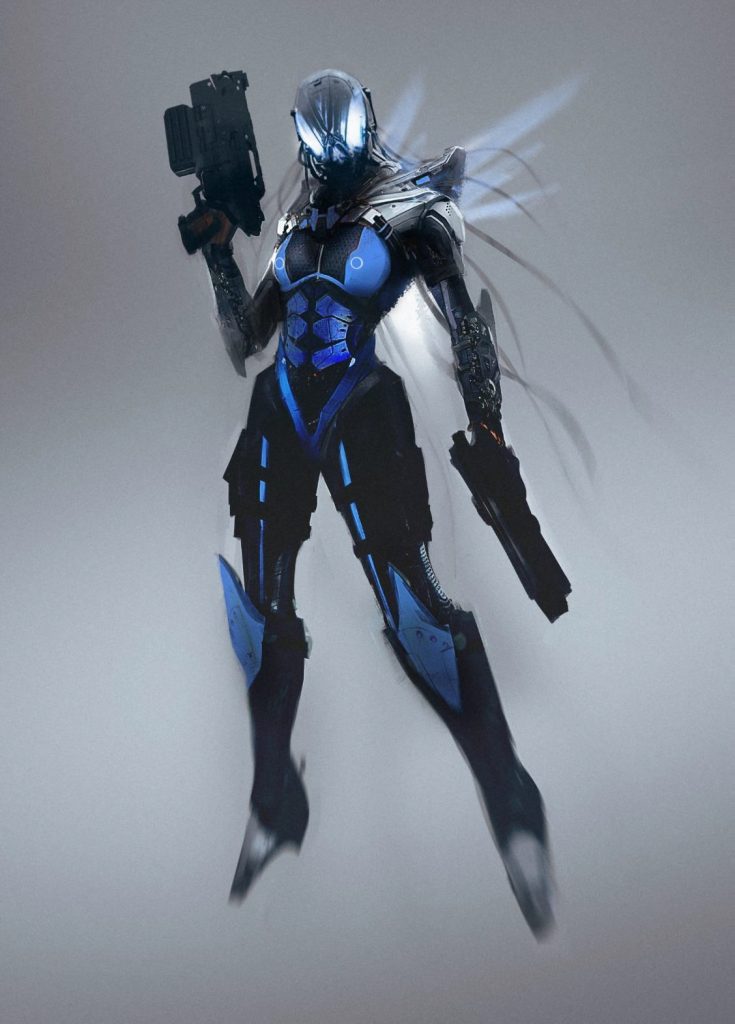 The Buzzkills’ behavior and social structure is very reminiscent of insects, but beware… They aren’t bumbling around! They defend their hives ferociously, and any threat or undesired interloper rapidly finds itself on the stinging end of a deadly swarm.

You play as one of the elite commandos. Once tasked with protecting the Motherhive, you now seek to regain a sense of purpose by competing in the Ultimate Tournament as a tribute to your lost home.